Balochi is an Iranian language spoken in Pakistan, Iran, Afghanistan, the Gulf States, Turkmenistan, India, and East Africa. It is hard to estimate the total number of Balochi speakers, since there are no official statistics on people’s first language in the countries where Balochi is spoken. However, informal estimates suggest that Balochi is spoken by at least some 10 million people, and that there are several million people who identify themselves as Baloch but speak another language as their first language.

Balochi can be divided into three main dialect blocks, Western, Southern and Eastern Balochi. This is, however, only a broad division, and there are many sub-dialects within each main dialect. 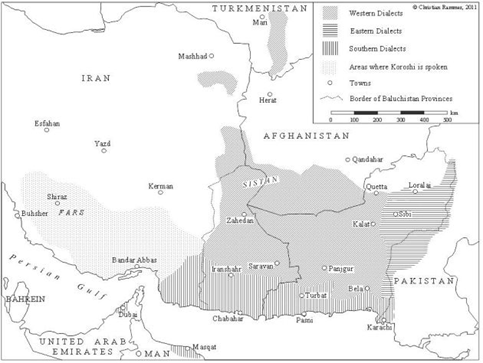