This map shows the Kashaya tribal territory as defined by Robert Oswalt in his 1961 dissertation, based especially on the linguistic origins of local placenames. 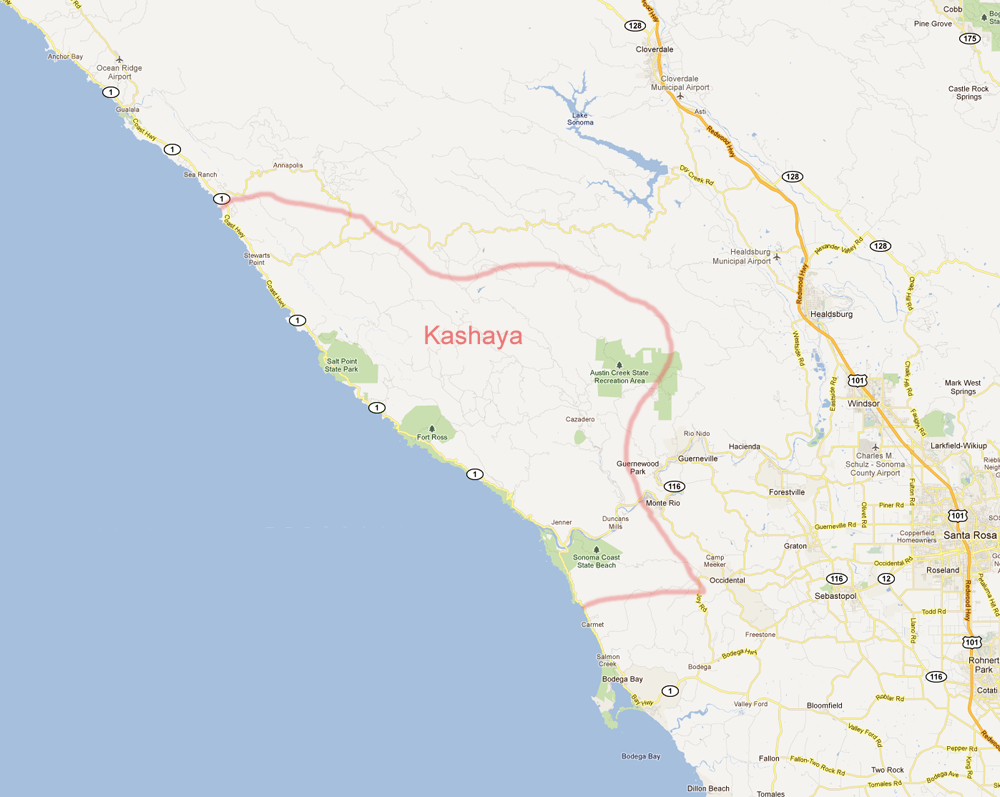