Entries in the Manipuri dictionary consist of a headword followed by a pronunciation guide between slash marks. Then the abbreviation for the part of speech is given in italics.

The first example below displays a noun with a sub-entry that has two related senses:

The following example shows a headword with senses as adjectives and as a noun:

The third example shows a verb with seven senses: 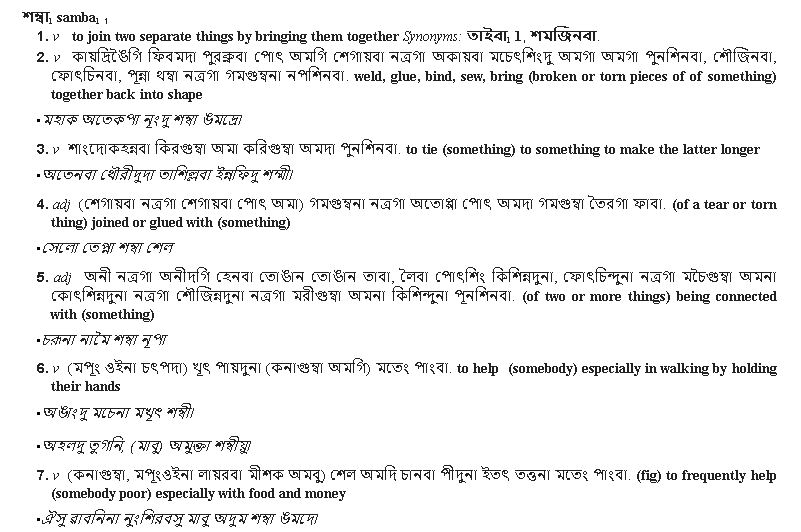