When searching or browsing from the vernacular (Miyako-Ikema), the typical entry will have six major parts as follows.

Multiple meanings - If the headword carries more than one major sense or meaning in the target language, it will have multiple definitions. Each will be separated by a number and then a closing parenthesis, like so: 1)... 2)... This is true even if the sense is mostly the same, but the part of speech is different (often a verb and a noun). 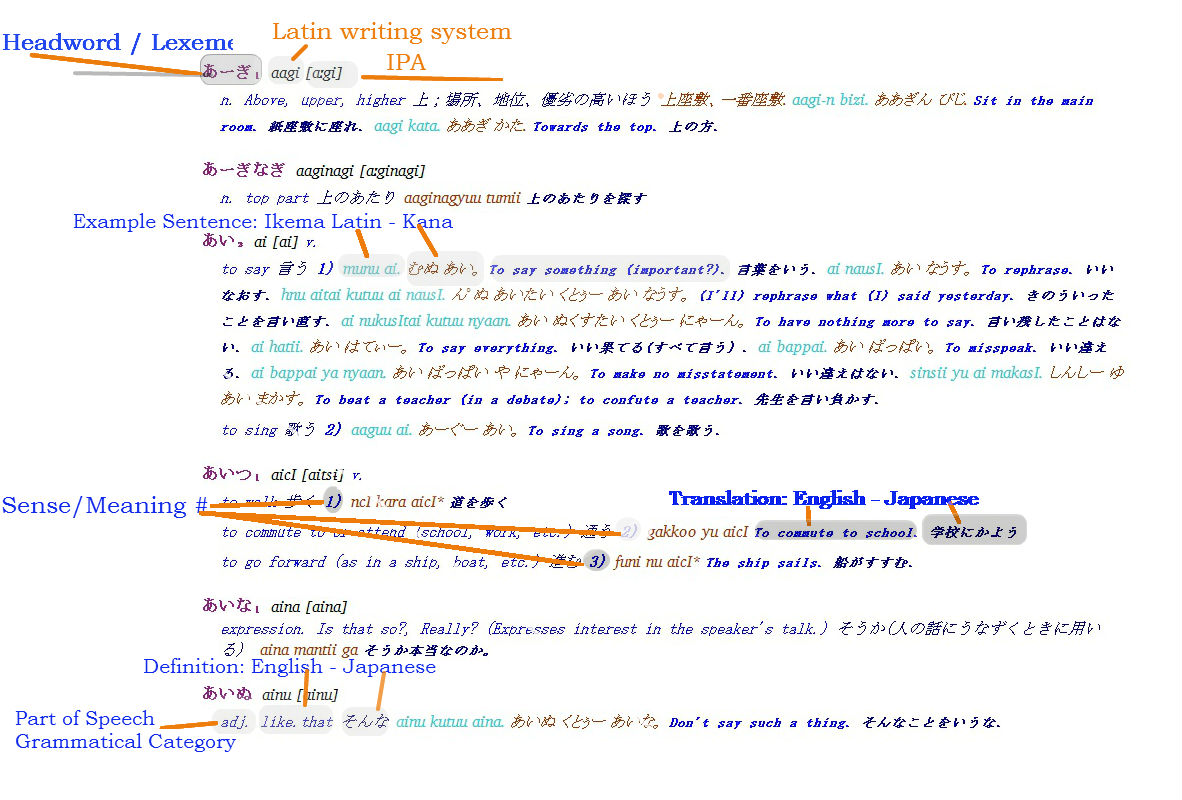 If you would like to learn more, you may find examples from another dictionary helpful: see https://lugungu.webonary.org/dictionary-entries-explained/.