Moore, as other Burkina languages, uses the Latin alphabet with the addition of some phonetic symbols approved by the Burkina government:

Symbols of the Burkina National Alphabet: 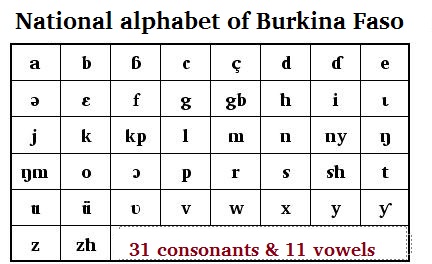 Symbols used in the Moore alphabet: 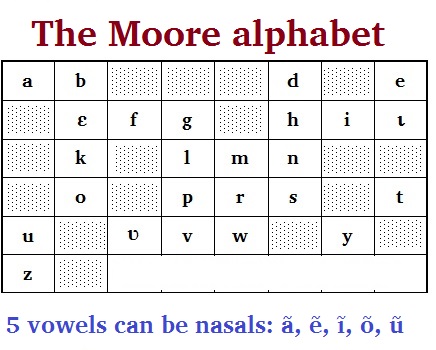 In most cases, the relation between the sounds of Moore and their orthographic representation is one-to-one although exceptions exist.

Tone is not thought necessary to be represented in the Moore orthography. Tonal representations would make the orthography rather cumbersome and the tones on words change according to their context in a sentence.

In the following, a few additional features of Moore orthography are listed.