Sangesari (sgr) is one of the languages of northwestern Iran, spoken in the province of Semnan - in Sangesar and its surrounding areas. Sangesari (with various spellings) is the official name of the language spoken in Sangesar. Although some sources list other alternate names for the language, arbitrary names such as Mehdishahri or Shamirzadi are not used among the speakers of Sangesari to refer to their language. “Mehdishahr” is a fairly recent name which is interchangeably (yet less commonly) used to refer to Sangesar (the location). The change in the name of the location where the language is spoken, however, has not warranted a change in the name of the language, as suggested in other sources. On the other hand, Shahmirzadi is different from Sangesari, and arguably Shahmirzadi is a language closer to Gilaki than Sangesari. The population of Sangesar is estimated at 24,485 (census 2017). Almost all speakers of Sangesari are bilingual and speak Persian as a second language. 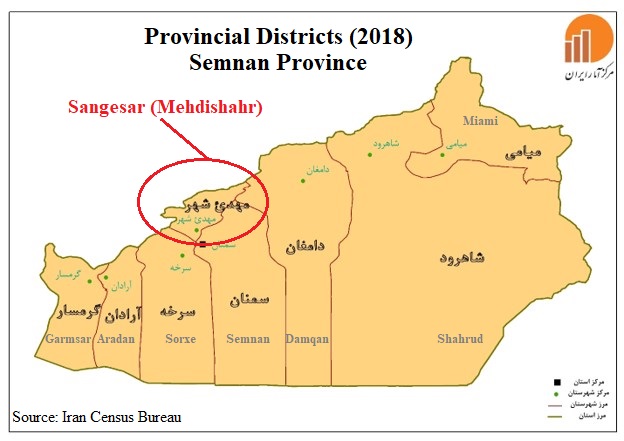 The Trilingual Dictionary of Sangesari, which is part of a more comprehensive documentation project, focuses on documenting the lexicon of Sangesari. The dictionary is an interactive representation of more than 7,500 Sangesari, Persian, and English lexical entries. The dictionary interface allows users to hear high-quality audio recordings of Sangesari words and phrases, find glosses in Persian and English, and access information about parts of speech, dialectal variations, synonyms, antonyms, and semantic domains. The dictionary emerged from multiple phases of data collection in collaboration with the speakers of Sangesari through fieldwork and community-based online platforms. As linguistic work on Sangesari is scarce, this dictionary intends to build a foundation for further research on Sangesari as well as documentation, revitalization, and preservation of the language.