Entry forms in the dictionary

An entry consists of a keyword followed by its pronunciation using the International Phonetic Alphabet in brackets. If a recording of the word is available, a speaker symbol is seen next to the pronunciation; this can be clicked on to hear the word. After this is the grammatical category.

The definition in English is followed by the definition in French, given in italics. If there is an example sentence or sub-entry, these are given in bold on a new line. Example sentences are preceded by a circular bullet point. Finally, if the word corresponds to an item in the Comparative African Word List, this is also given, preceded by 'CAWL'. 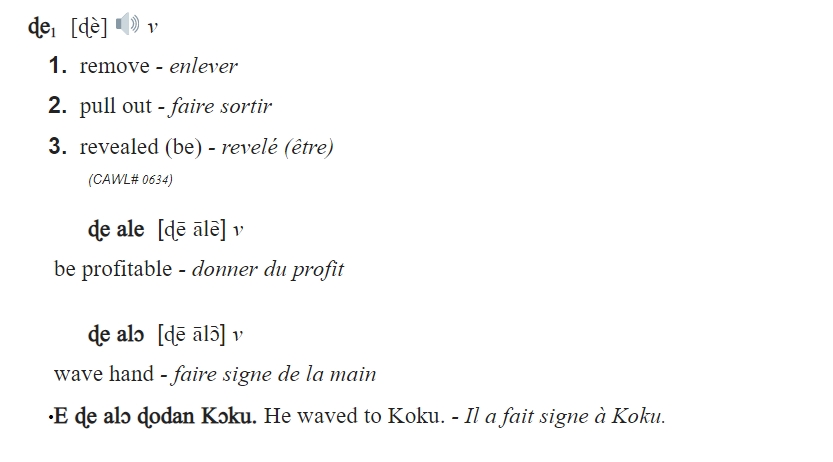 The following is the tone notation used in the pronunciation field: