Search for a word in the Tausug dictionary. 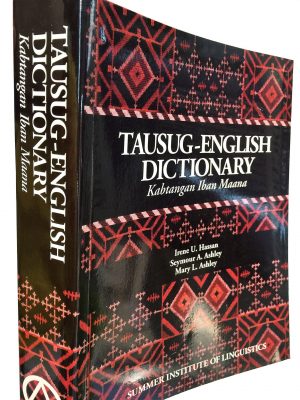 You can search for a word or part of a word in Tausug or English by typing it into the search box on this page.

Download the Android version of this dictionary from Google Play.

Tausug is a major local language of the Philippines and the language of provincial identity in Sulu and Tawi-Tawi provinces.  There are over 1 million mother tongue speakers of Tausug. The Tausug are primarily located in the southern Philippines in Autonomous Region in Muslim Mindanao: Sulu province, Jolo, in Sulu archipelago; Basilan province, Basilan island; Mimaropa region: Palawan province on Palawan island; Zamboanga Peninsula region: Zamboanga city as well as on Sabah, Malaysia.