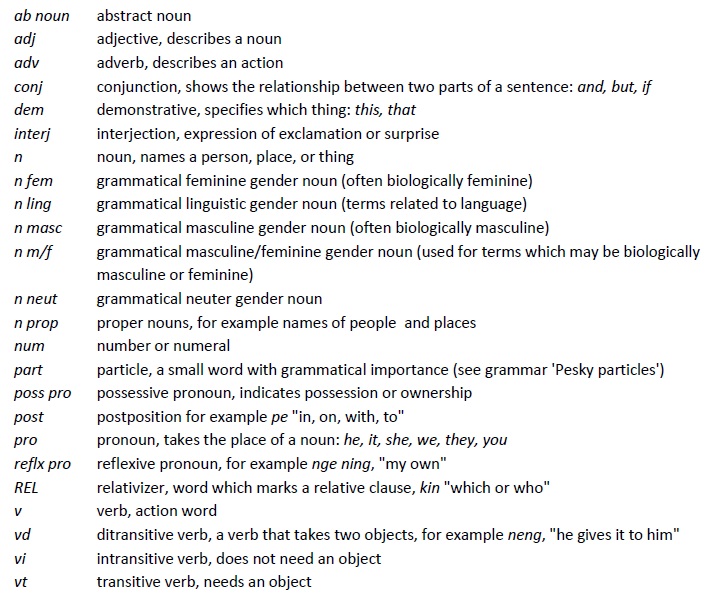 2a. After each noun, a gender is indicated if the gender is known. There are four genders of nouns, partly determined on the basis of biological gender. The genders are marked on the basis of the older generation of speakers. Younger speakers tend to limit speech to two genders. Some words can have different meanings depending on the gender used.
masc masculine gender: boys, men, male pig, dogs (generic)
fem feminine gender: girls, women, pigs (generic), female dog
neut neuter gender: puppies, unborn children
ling linguistic terms like talk, speech

9. This dictionary includes pictures and photos to illustrate cultural items, to help identify types of plants, birds, and other animals, and to add interest. John August Womosa, a Kamasau-language speaker, did the artwork. The original printed dictionary (1996) also included some bird pictures from Birds of New Guinea by Bruce Beehler, Thane Pratt, and Dale Zimmerman. They gave permission to use black and white photo copies of birds from their book in that edition. We have retained the notation of the colour plate number and bird number, so that these could be looked up. These birds were not identified by an ornithologist, but by speakers of the language looking at the colour plates of this book. Their identification was confirmed by reading the descriptions of habits and ranges of the birds. They could not identify some birds with certainty. These may represent species that have not yet been classified. Scientific names have been added at the end of each bird, animal, or plant entry where known. 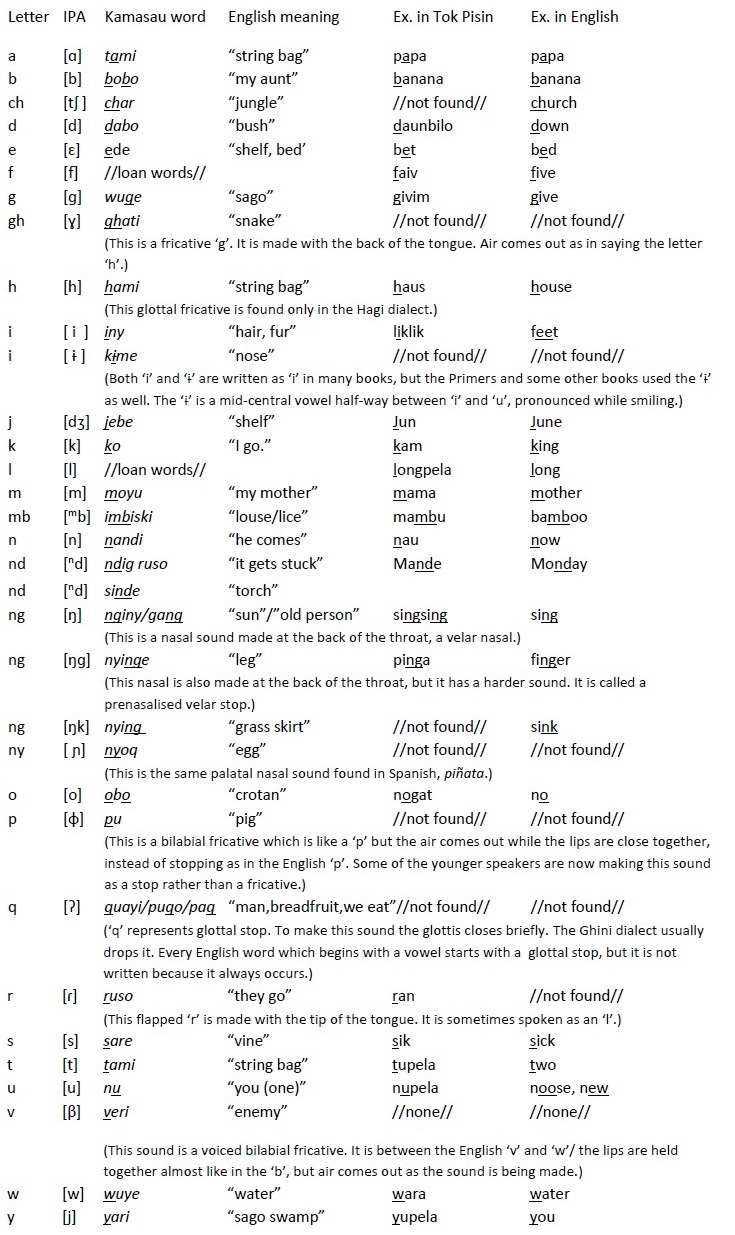